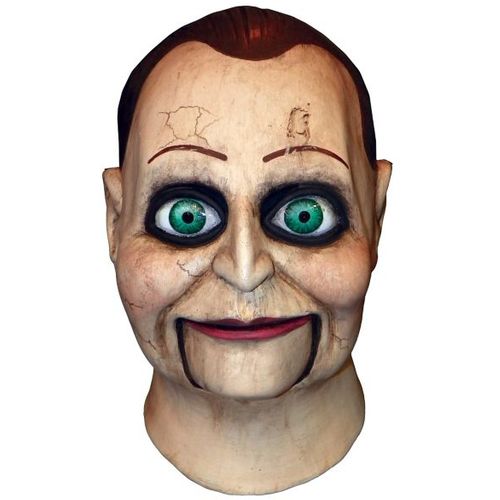 Available on this item to mainland UK addresses.

Usually within one business day.

You Scream. You Die. Dare to unlock the deadly curse of Mary Shaw ever since Mary Shaw was hunted down and killed, the small town of Ravens Fair has been haunted by horrific deaths.

When a locals wife is brutally murdered, he returns home to unravel the terrifying legend of Mary Shaw and the reason why when you see her, you should never, ever scream. Now you can dress up as Mary Shaws favorite creation and hold the secret to her immortality.

Sculpted by Erich Lubatti for Trick or Treat Studios, you can now own your very own Dead Silence Billy Puppet mask

Gift inside the box was well wrapped as was the box containing gift and the parcel itself - no chance of damage during transportation. ...

arrived a bit , but more the Royal Mail fault

I purchased the Sense Aroma Electric Wax Melt Burner Plug In - Tulip Mosaic Pearl Moroccan - for my wife as a Christmas present. Obvious...

We knew the quality of the items purchased, which didn&#039;t disappoint, the packaging, speed and accuracy of delivery was excellent, v...

Excellent service and lovely quality star - so pleased. Will definitely